The Raspberry Pi is on the market since 2012 and offers unbelievable many possibilities for tinkering and controlling. Meanwhile there have been several model updates and since March 2018 the latest version, the Raspberry Pi 3 B+, is available on the market. Since I regularly receive questions about the differences, I would like to clarify some differences and questions about the models below.

New detailed post Raspberry Pi 3B+ and 3B in comparison

Which model for which purpose? 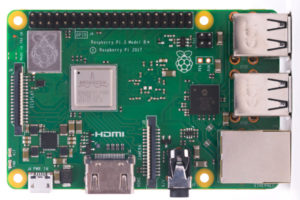 The Raspberry Pi 3 B+ is the newest member of its guild and at the same time the revised version of the model 3 B. Its four ARM cores now clock at 1.4 GHz instead of 1.2 GHz and are therefore around 17% faster. However, the higher clock speed also results in higher power consumption. Thanks to the new LAN7515 chip, Gigabit Ethernet is finally supported. Also new is the Broadcom BCM43455 as WLAN controller. This now supports dual-band ac WLAN for the 5 GHz frequency band. As a highlight, the Raspberry Pi 3B+ has 4 pins on the board for a PoE plug-in module. Like its predecessor, the new Raspberry Pi 3 B+ is a real muscleman and full-fledged PC.

Conclusion: The RPI 3 B+ is the first choice for applications where maximum performance is required and power consumption is of secondary importance, e.g. as a multimedia centre or as a gaming PC with Recalbox/RetroPi. 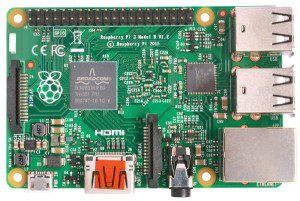 The Model 3 B was released in February 2016 and is the first Raspberry Pi with integrated WLAN chip. This makes an additional WLAN USB stick superfluous for most applications. It also has Bluetooth. The processor supports a 64-bit instruction set and clocks at 4x 1200 MHz – and all this with a low power consumption of max. 4 watts. The 33% faster clock rate compared to the Raspberry Pi 2 brings a performance increase of 50-60% in 32-bit mode, according to RPi Foundation. This is remarkable and makes the Raspberry Pi 3B a full-fledged PC.

Conclusion: Despite the 200MHz lower clock rate per core than the Raspberry Pi 3 B+, it is suitable for applications requiring high CPU performance. Especially when low power consumption is important, the RPi 3B is preferable to the 3B+. 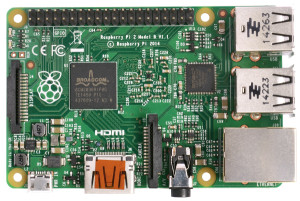 Conclusion: If you want to use the Raspberry Pi with a graphical interface or even as a multimedia center on your TV, you should at least use the RPI 2 Model B. Because of the same price, the Raspberry Pi 3 B/B+ can often be the better choice. 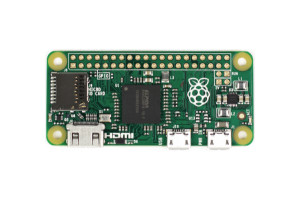 Conclusion: The Zero W model is the single board computer of choice when extremely compact size and minimum power consumption are required.